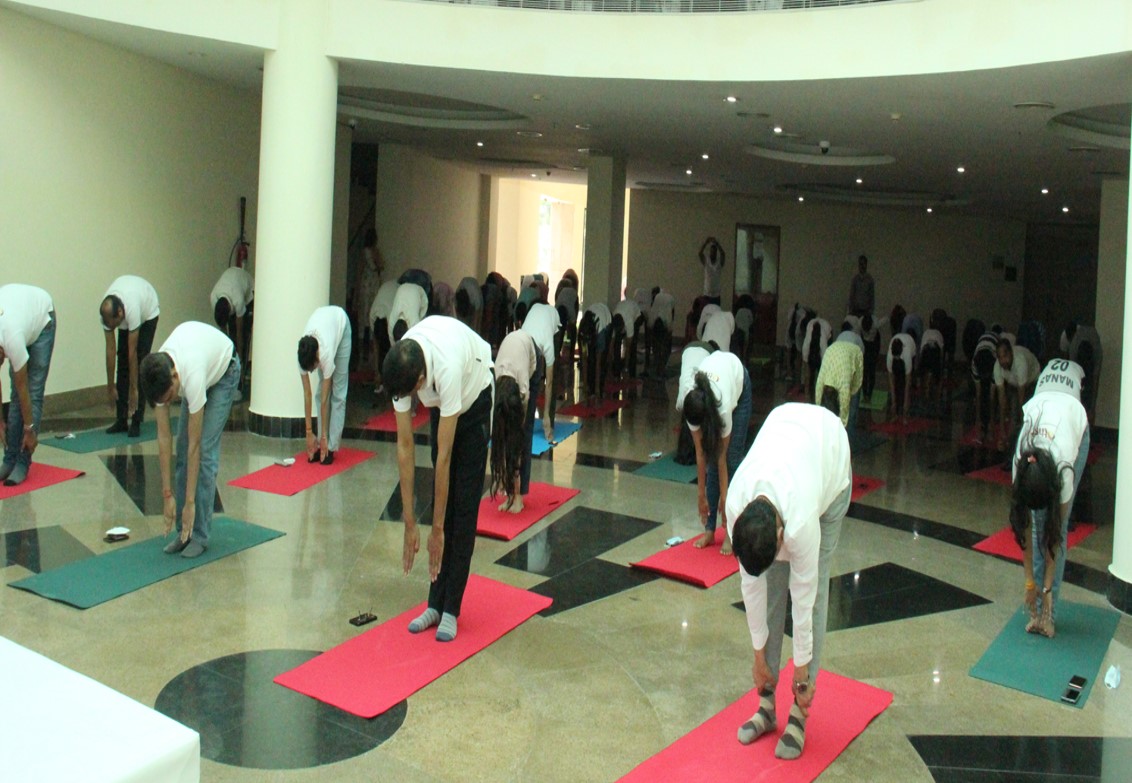 Every year International Yoga Day is celebrated on 21st June to spread awareness about the invaluable benefits of yoga. This year, THSTI conducted a yoga session and Rajyog meditation session for its employees and students with the theme of “Yoga for Humanity.” Prof. Pramod Garg, Executive Director, led the enthusiastic group of participants for the yoga session.

The yoga session was conducted in the Auditorium complex of THSTI with all COVID protocols in place. Yogacharya Sharmila Rawat from Uttrakhand Sanskrit Vishwavidhyalaya conducted the yoga session in line with the commonly followed protocol. Simple asanas along with breathing techniques were the focus of the yoga session.

The yoga session was followed by a Rajyog meditation conducted by Brahmakumari Poonam Verma along with Sister Jyoti. Ms. Verma is an expert in conducting Value Education and Spirituality sessions. She has been teaching Rajyog meditation for more than 18 years and has been accorded with many honours and awards.

Post sessions, Prof Garg felicitated and thanked Yogacharya Sharmila Rawat and Brahmakumari Poonam Verma for conducting the sessions which were relaxing and beneficial to all.

It was decided in consultation with Brahmakumari Poonam Verma to conduct weekly yoga and meditation sessions in the campus for the benefit of staff and students of THSTI.